Your Dad is Actually a WASTEMAN 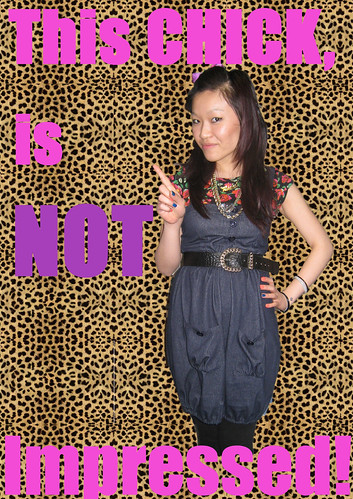 I am not a mean person and do not like being rude to strangers. It is not often I talk about the random strangers of London who like to chat crap to the ladies, but today's dude really stood out. In the worst way possible.

So today my mother, sister and I went on a shopping trip hitting up north and east London - all by bus, might I add (LONG!). We get on this single decker bus that travels the back streets from Walthamstow to Ilford through Leytonstone. It is essentially a granny bus. So this man gets on the bus with, who I assume, is his son and sits his nasty butt right next to me, whereas his 'son' sat in front. I did not pay much attention, until I felt stares. Bear in mind he is literally squashed right up against my arm due to the tiny bus, and yet he still wants to stare. Side way glance stare. And I feel them. I feel them all. So I sat stern faced and try and ignore his stares through his pinstripe glasses. Let me take you through this with bullet points; with his nonsense, my replies and my actual thoughts, because it is the most effective way:


I think that is the gist of it. What a fool. I was so shocked at all the lines - I did not think that people actually spoke such crap and think that people will fall for it. PURE LIES and clearly NO SHAME. How can you seriously act so waste in front of your son?! And the icing on the cake? When his son got of the bus he said "SAFE" and spudded his own son. This is your SON. You don't SPUD your kids. You don't say "SAFE" to your boy, he is your CHILD, not friend. Biggest wasteman out there.

why did u start speaking to him?u should have ignored him or said 'm not interested

you would have thought one word answers and no smile he would have got the message, no?

hahahahaha.....
i hate those waste guys they make my skin crawl.... they have no shame.... but from when they ask my name i turn my head and ignore them… its rude but it does the job…. but to try it when your with ur mum ANY GUY!!!!!!

sherin: MATE! you cant ignore a dude who keeps chatting right next to you on a 20min journy! its impossible! my mum was like: "TELL HIM YOURE MARRIED!!!"

lol oh my gosh. maddening yet amusing. i didn't get some of the slang that is prob local to where u live .. but the beginning of the convo esp is soooooo annoying. wow. glad u posted about this. i can totally relate. don't u just wanna punch people like that in the face???

haha nada special everyone has nameplates in usa I think boston and ny specially But I never get sick of them haha this is gun be my 3rd lol yeah I got gold mirror I have one like that from this girl melody esahi she does am big but I wanted a small one haha
so you have aim? =)

Awww EPIC FAIL dude! u shoulda just given him the side eye and a blank stare lol

Urgh, Men like that are VILE. Shudda bopped him in the eye, or told him you were a lesbian :) x

Oh, I like your outfit - it's very cute.
As for the real thing, what a disgusting man! I can totally relate. I hate men like that. I just wanna PUKE! It's so gross! But I would have done the same thing as you did, and I like the line your mom said "Tell him you're married!!" Haha, LOL! Awesome!

And thanks for the award - you are so sweet!! Your blog ROCKS too! x

Lmao!
what a joker!
and right infront of his son too.
NASTY!
Your outfit it really cute =]
<3

EWWWWWWWW!
time 203:!
he seems so grose,and stupid,an ugly git really.
but it did make me laugh:))
x

EWWWW creeperrrr, im amazed you even said that much! when dudes try talking to me i give them a death stare and walk away

Ha ha this is hilarious! And in front of your mum too, shut the eff up! The shame.

In reply to your comment, I will start putting up some pics up of my outfits soooon, I always forget! My tee used to be a dress but I thought they looked better as separates. It cost me a quid from a vintage shop in Manchester! Unfortunatly while I was home I couldn't find it in the mess that is my room/walk in wardrobe! Boo. :) xx

Vomit. I would have stood up, called him out on being a disgusting pervert and moved. Gross.

Never met an "asian girl named rachel"? Where's he been? Apparently in his club hitting on young girls. Yuck.

lol okay, here's the slang i didn't get - looking back, it was only one at the end - what does it mean to say 'safe' and spud his son?

oh and also, did u mom / sister pick up on what was going on? did they say nething about it?

HAHAHA
you made my day!

and your outfit is adorable.

dress is so cute!

That is disgusting! ppl like dat piss me off! was he fresh? he sound like he on da hunt 4 an asian wifey, haha!! why u make convo wit him, lol, shulda told him 2 move and sat somewhere else!

Oh My God... that sounds absolutely repulsive. Eww eww eww...what the hell was going through his head?! Eugh that is just rank.
And it really is impossible to escape people like that on the bus!

I hate people like that, but as I get older I get better at handling myself! I also give evils to people when they're getting on the bus so that they don't even sit next to me!

I'm not really sure whether or not people realise there are two of us on the blog, sometimes I guess not since people reply to my questions on Sea's posts and vice versa! Char x

Ah what an idiot! Loving the London speak, missing it slightly. Lol I've been on that bus, and it was the worst journey of my life, mainly due to it taking almost 2 hours. We saw some right idiots in Paris. We stuck out like sore thumbs, because we were all dressed up for going out, (people would shout out 'English!') two guys followed a load of us in the metro, tried to kiss cheeks, grab us anything. Twats. I guess it can happen anywhere.

Oh yeah and feedjit tells you how people find your blog, and where they come from, it's rather interesting.

he would get punched. simple as!hahahahaha!
erm i was lookin for that top for ages the other day....why did i find it folded up in my garden lounger??? (which is being used as my bedroom chair!)

Wow. What a freaking idiot. It bugs me when I meet random people who think I should have an unpronouncable chinese name.

I don't know how to put this but I'm kind of a big deal. I'm very important. I have many leather-bound books and my apartment smells of rich mahogany.

haha thats what that convo reminds me of, anchorman. that boy (or old man) needs to work on his game.

Hahaha "I've never been with a Chinese girl before!". What a ridiculously racist thing to say! I can't believe he actually thought you've give him a mercy shag just because he'd been deprived of a Chinese girl all his life.

How awful, I hate being stuck on public transport talking to horrible people.

hahahahaha omg this made me laugh SO much!! bet his son was sooo embarrassed, ew you should go to birmingham to experience the height of guys like this

oh wow the confidence people and the things they say kills me! Ugh people like that deserved to be slapped! :( I look up to you though because you kept your cool ;)