I just came back from Gothenburg, Sweden and boy, did I shop! I have always been a high-street fashion whore but as of late, London has been a bore. Same old stores, mediocre goods. NOTHING APPEALING TO MY EYE! Yes, I saved some money, but it also made me think that I was not interested in shopping anymore, that I lost the desire to shop and to buy lots and lots of pretty clothes *cue the violin*. Now enter SWEDEN *SWWOOOONNNN*. My relatives live in Sweden, yet it has taken me 15 years to go and visit them. Really wished I visited them sooner, just so I could...err...say Howdy...and get my shop on.

I have known about Monki and Weekday for many years. I used to prowl both websites just so I could get my high street fashion fix, to tease myself knowing I could never realistically get my hands on the goods unless I physically bought a plane ticket and visited Sweden. I can honestly say no other high street retailers have excited me as much as Weekday and Monki have. I mean I am in love with the stores!!

The concept of the stores are just sex to the eyes as well. Weekday has this raw feel to the stores: open spaces, metal work against concrete, with the male clothing strictly to the right and women's to the left. Simplicity at its best. Whereas Monki is the total opposite. It is more fun, quirky and colourful with weird display units. Clothes and accessories are laid out on tables, shelves...in see-through balls (similar to those from toy vending machines), basically anywhere there is space, there is something to buy or touch. It was a bit much for my brain, I did spazz out a little when I entered the first Monki store, I didn't know where to look let alone begin to shop!! There were so many clothes I had to go back on myself just to make sure I didn't miss anything. It wasn't even the biggest store, yet I still managed to spend an hour in there and spent around £150...! My brain got a feel for the store after the second visit, so shopping was at ease thereafter. And everything is just so CUTE! The website is TOO CUTE! All those cute little animations and graphics were also used in store and on merchandise. The detail went down to their shopping bags too :-), each time I bought something I would have a different printed carrier bag. I do love a pretty carrier bag. I have to say, the see-through bags weren't so helpful when I bought underwear. Not much could be said for the Weekday shopping bags though, it looked like black carrier bags from your local corner shop with "WEEKDAY" printed in white, but I guess it is fitting with the store's concept. Weekday is also pretty cool because of the instore jean altering service they provide and tee printing facility for the "Weekday Storemade" garments. Every week an in-house or external graphic designer gets to design the print for a t-shirt to sell in store, which makes the tees quite limited and unique. I really wished I took pictures, but I guess you all can just go see for yourselves one day eh! I will post pictures of the goodies I bought at a later date, but for now some of the looks from Monki's September collection. These images are fucking awesome. I want to walk around with stick-on cardboard eyebrows and rose-blushed cheeks. 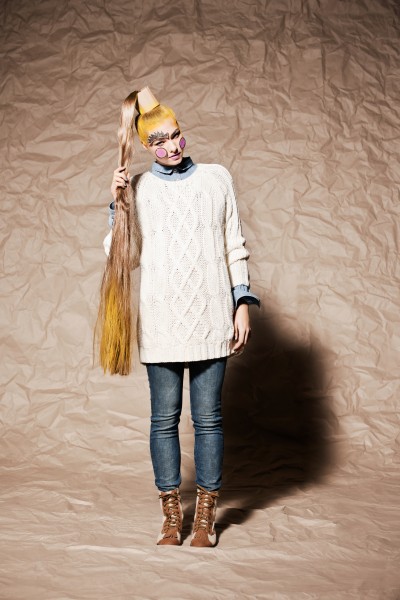 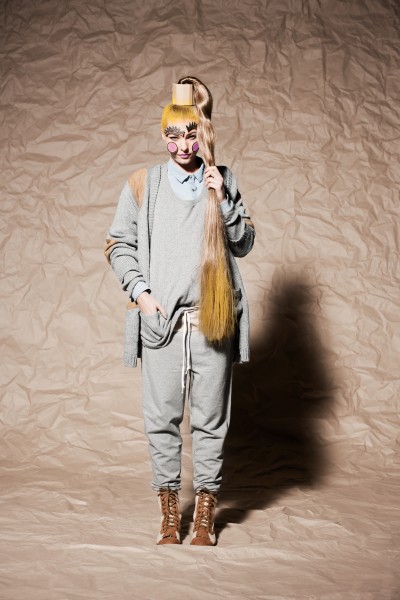 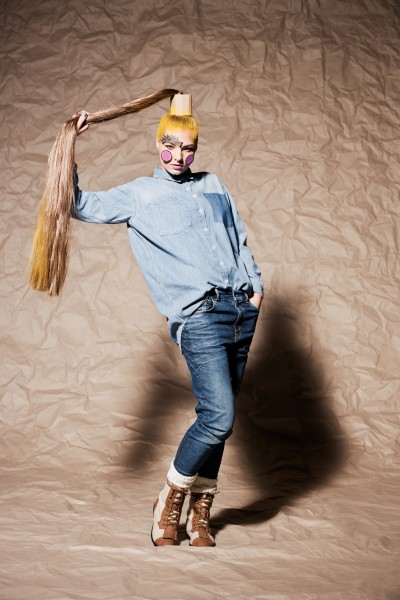 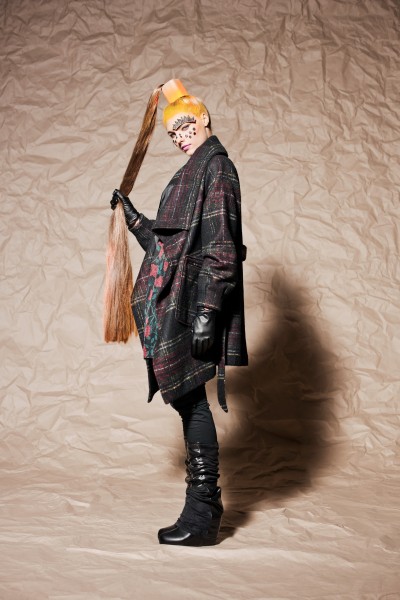 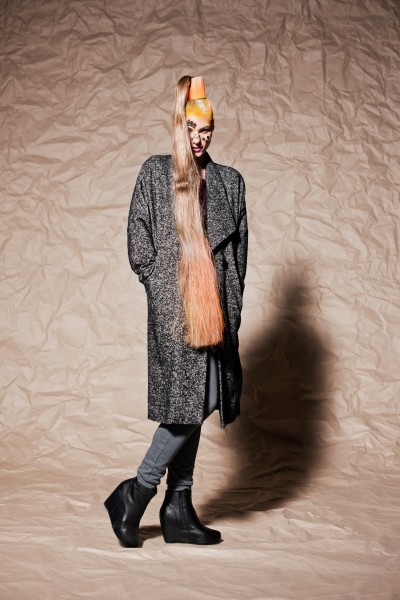 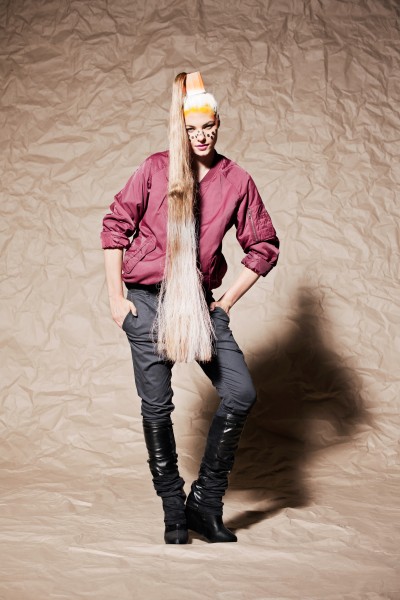 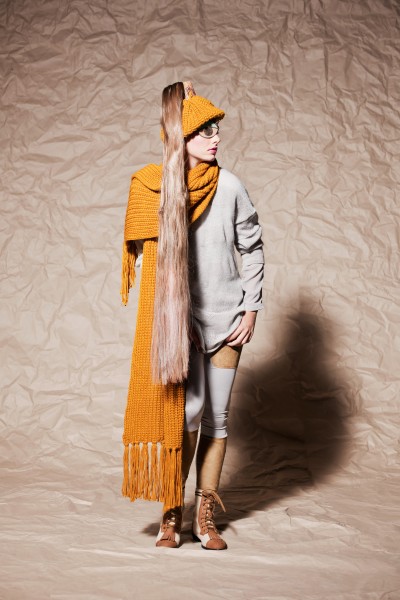 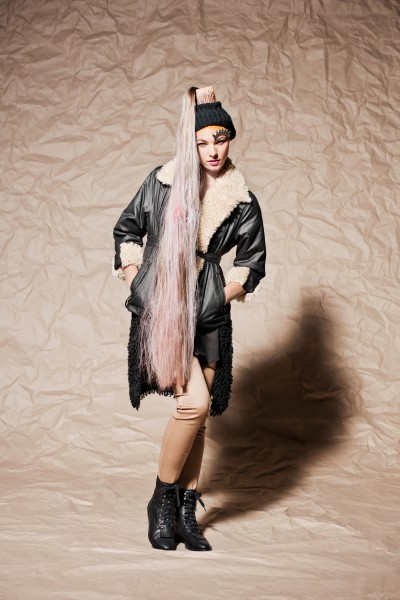 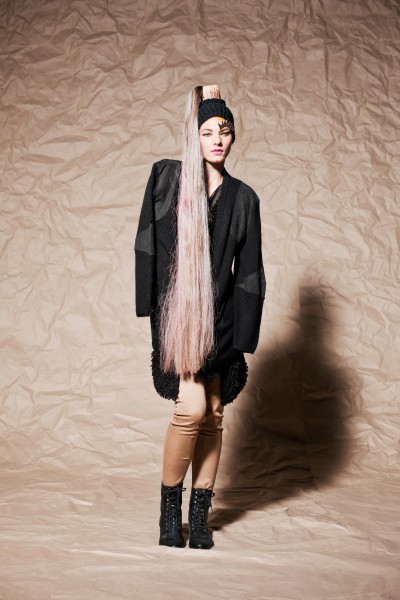 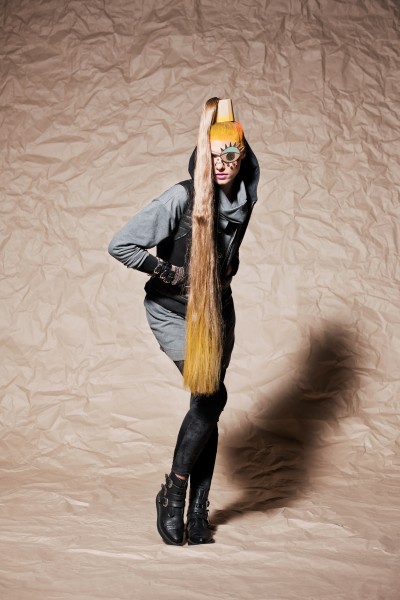 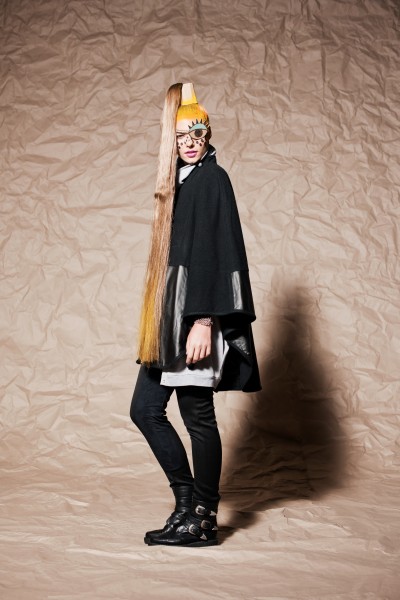 I love Monki and Weekday. I'm going to Sweden for the sole purpose of shopping.
They need to bring Monki to the UK soon.
strut{t} mode