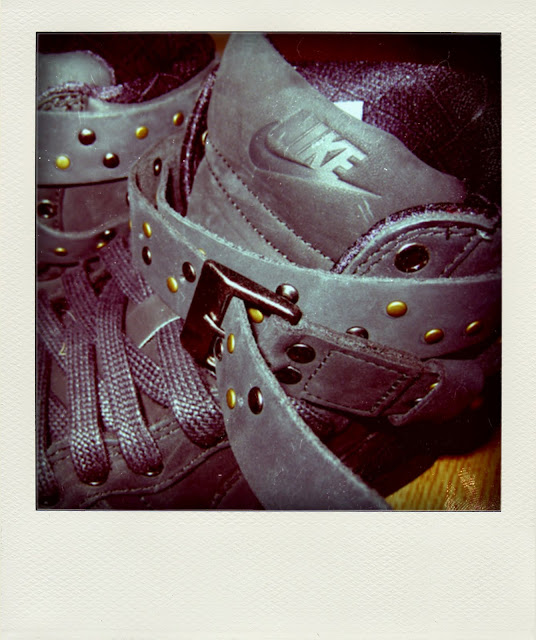 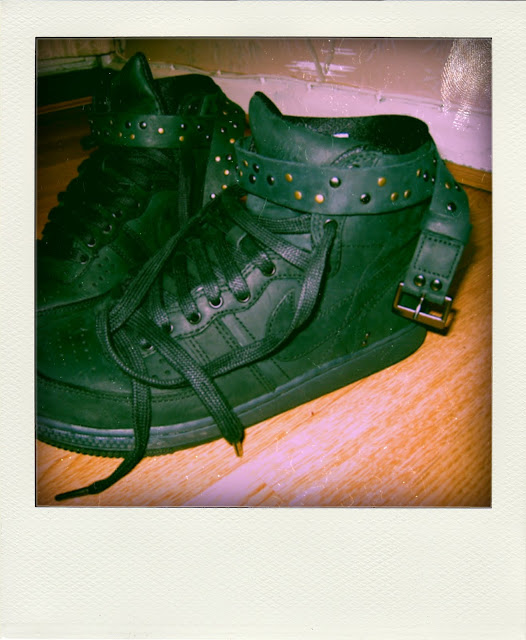 I haven't really written a post about sneakers in a while. Partly because of the lack of time to write anything at the moment; hence why this blog has been overtaken by masses of youtube embedded post with minimal text (you may as well just visit my favourites on my youtube page at this rate), and partly because there are not that many sneakers out there making me go gaga over. But, spring/summer is coming, which mean fresh new drops. And we all know spring/summer drops always bring the goods to the table. Everything released during spring summer just seem to be hotter, fresher and generally more dope than the kicks we see during the last few months of the year - the sneakers which are supposed to bring us into a new year (not overly impressed).

SS10 sneaker drops are the ones which really tickle my taste buds, making me itch to buy more shoes I really do not need. Bad for the bank balance, and even worse for my attempt to live a life clear of deceit. OK, maybe that is a little dramatic but I do have to lie to my mum and claim new shoes are not new, and that she is losing her memory, "don't you remember me buying these last year mother?" is what I usually tell her. Or worse yet, buying new sneakers, running to my room, adding them to the pile and leaving them for a while until the heat from the previous pair die down...only for me to forget about them...not cool.

Back in 2008, the black and gold Vandal's from "The Heavy Metal Pack" were released. This is a shoe which I regret not seeking and buying! I am a fan because A. They are gold, B. They are Studded and C. The Vandal silhouette happens to be one of my favourites. I am stupid because A. I did not buy them. 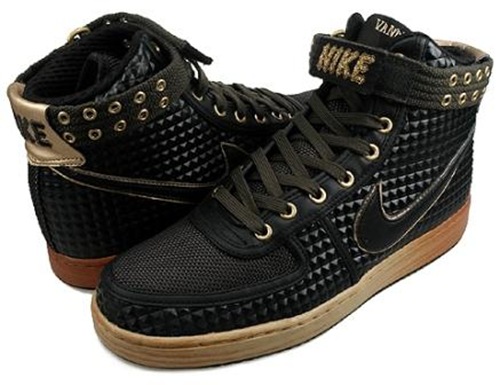 Then in 2009, Nike had a lightbulb 'ping!' moment and thought "Hey guys! Lets release the Heavy Metal Pack again...but in white and silver - Gaaahh, we are such geniuses!" Voila, the Vandal was released once again with the same theme. 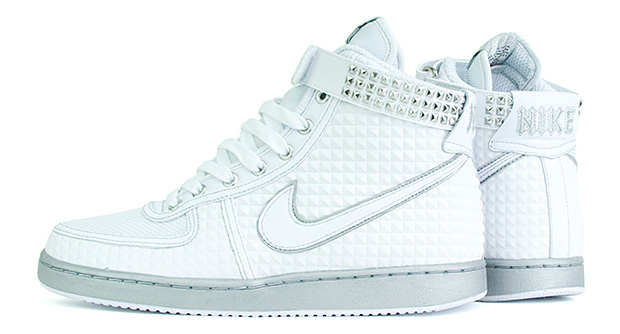 They are quite cool I suppose. I was about to buy these because A. In the store I worked at before we had a size 5.5 for some odd reason (we don't normally stock half sizes) and I thought it was a sign from above, and B. I never bought the black/gold pair and didn't want to regret not buying these. However, they are no where near as epic as the black/gold colourway, so I decided not to part with my cash.
Back to the present time, for SS10 Nike are revisiting the 2008 Heavy Metal pack AGAIN and releasing another black and gold studded Vandal, this time in junior girls sizes (which is good news for me). They refreshed the shoe by minimising some of the stud work and replacing it with leather uppers, which to be honest, makes the shoe loose some of the original appeal. Now as these are kiddies shoes, they will be more affordable so, maybe, just maybe, I can overlook the lack of studs, accidently encounter them and ... you know... one day own them ... 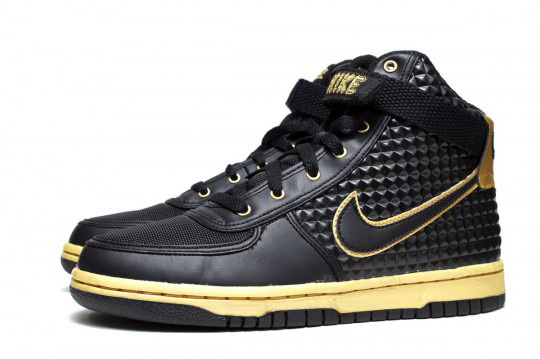 Lol!The white/silver one is too ridiculous...I wouldn't even wear em if I got em for free!x K x

Your trainers are way too bad!! 'ooze sex' INDEEEEDY hot!!

how do you feel about the fact that apparently trainers are coming back "in"? are you kind of annoyed or overjoyed? also, WHICH TRAINERS DO YOU RECOMMEND!??!? cause i really need to buy some proper shoes for myself (english weather + canvas shoes = bad idea) and i was wondering what you'd recommend :)
those trainers are indeed badass.
x x x x

omg! I had a chance to buy the white ones on SALE in Offspring... for £40!! but I stopped myself cuz i was spending too much that day!! darn it!! I regret it soo much.. The black one r hot though x :P
www.its-mina.blogspot.com