McQueen: The King of British Fashion

I know I'm a few days late but I didn't think I could neglect to write about the tragic and shocking death of Alexander McQueen on Thursday. Even though I never met him, I felt ridiculously and probably unreasonably sad about the news. To choose to die, and in such a horrible way, really pulls on peoples hearts, and the fact that he seemed to have done it because of his beloved mothers death makes it all the more sad.

The thought of one of the most current and progressive designers becoming part of the past tense of fashion history is so strange... Lady Gaga has barely taken off his Spring 2010 Armadillo shoes, and now they'll probably be the last innovation of McQueen. I can't say I was ever a massive fan of them, but you can't deny their striking uniqueness. 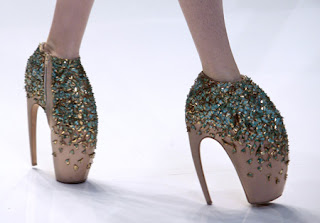 It's also really funny because there are a lot of dresses I've admired over the years on the red carpet, all so different that I'd completely forgotten (or possibly not even noticed) that they were all by the same designer. 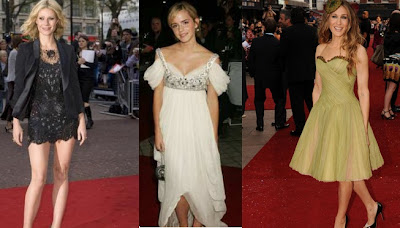 He did romantic and feminine amazingly, but was also the master of the sexy, biker chic style that's been in fashion for a while now. Who could forget the skull print scarves that every celebrity and their cousin owned? This rose covered piece from his 1996 collection is one of my favourite couture gowns ever. 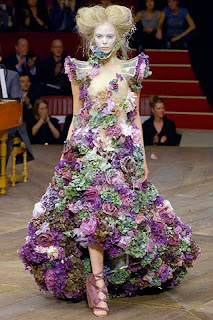 Also from working at The Nod I developed an obsession with looking at his tailoring on Net-a-Porter - he started out on Savile Row, and was said to be one of the best tailors in the world. Though I've never been lucky enough to get close enough to one of his gowns to even touch it, let alone try it on, people said the same applied to his dresses - the Editor in Chief of Elle said "So beautiful are his sharply cut dresses that they slip over every curve. This man understands women, you'd think, as you zipped up the sexiest of black dresses." 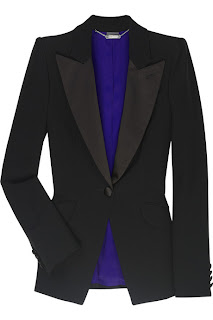 The world really has lost an incredible talent, but at least he will always be remembered through his designs and his legacy. After all, if we'd never had Lee McQueen, we wouldn't have low rise jeans.
Posted by Steph at 16:12

RIP.
He was such an talented artist. I hope he is happy where he is now.