So yesterday I went to the Vauxell Ones To Watch catwalk show. Catwalk shows are notorious for running late and this one was no exception. I had to wait outside for an extra hour! In shorts! And heels! In the spirit of Rachel, this is what I wore: 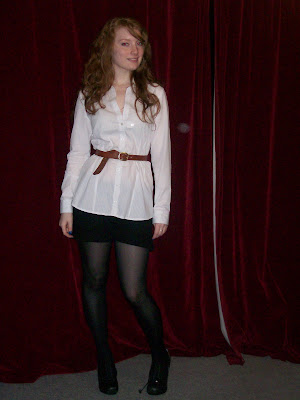 As you can see I went for classic black and white, and some heels which you can't really see. I was going for simple, unlike a man I saw who had completely covered his head in silver gems...but that's okay, each to their own I guess. So anyway, there were four designer showing which were:
Lu Flux (with its folksy/lederhosen type outfits...not too sure I would wear any of it tbh...) 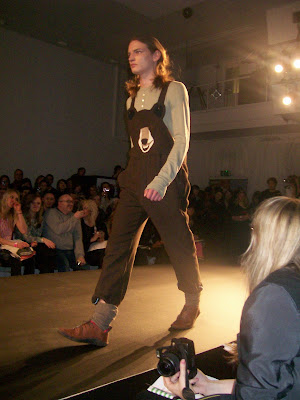 Hmmm. Some of the better outfits were this... 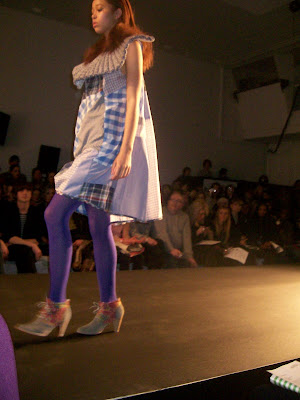 And this, but just for dramatic effect: 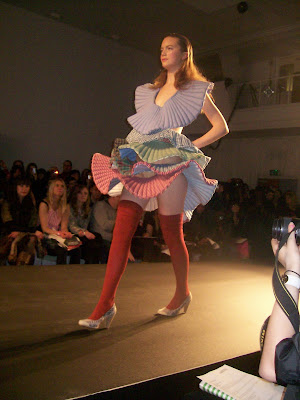 Then there was Migh-T, also a bit strange: 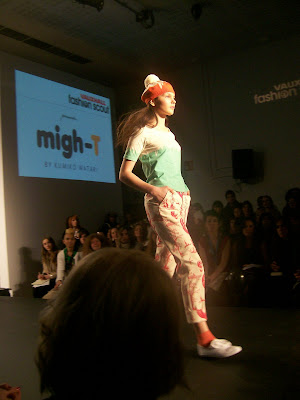 Look how cute the designer was: 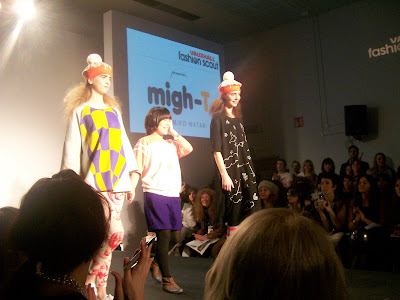 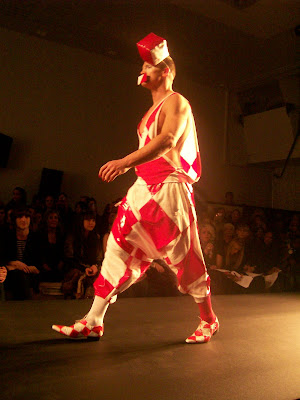 I was baffled by this one. What is with the blocks? Some of them had them over their eyes too. Strange.
Annnd, last but not least, and my favourite(which Rach would say is typical), Alice Palmer: 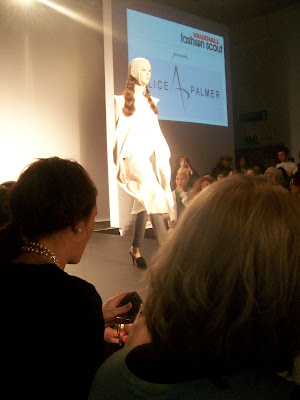 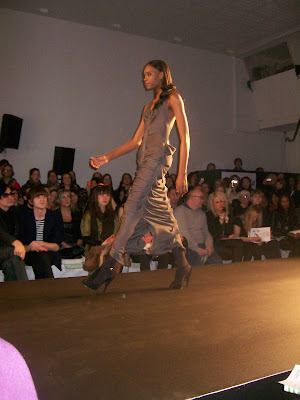 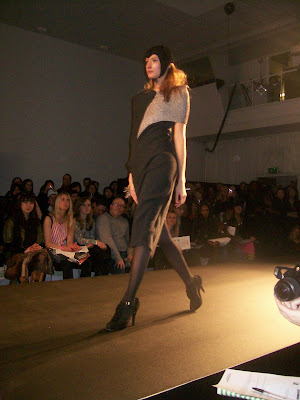 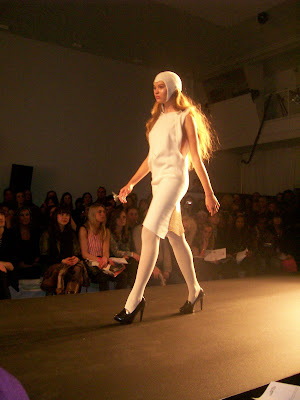 It's really good to see how the designers interpret the music and light scheme to go with their clothes, like Lu Flux who had folk music that made it feel as though a herd of goats might come bouncing across the catwalk. Plus I was really quite proud of my camera work. Its kinda hard to get good photos of people moving with a normal camera, but I did have the advantage of being in the second row. Anyway, I could totally see these designers having a diffusion line or something in Topshop, and if so, you saw them here first!
Posted by Steph at 22:59

Hey, love your style. Saw you with Emma by NYU the other day, you looked awesome. I LOVE your sneaker choices.

The belt is a nice touch, you look fabulous.

Alice Palmer is my favourite too, and I could definitely imagine her doing a line for Topshop.
Oh dear...lederhosen is rarely/never a good look.
Great outfit as well, the belt completes it (:

You look great! Love the photo of the model with the purple tights.

That's a lovely set of outfits. I love how the overalls are actually a bear. My favorite would have to be the last from the first designer, I don't think anyone would ever wear this but a model on a runway abut wow... Who wouldn't love to have that in their closet?

jealous of you.
you looked good :)

geez woman how close were u sitting to the catwalk u lucky thing u!!